The law requires the DMV to issue a California driver’s license to anyone who can satisfactorily establish California residency. If the driver cannot show proof of legal residency (with a social security number, for example), the license will have a “recognizable feature” to distinguish the license from those issued to legal residents. The law makes it illegal to discriminate against anyone who holds a driver’s license with that mark. The license may not be used for identification purposes.

The law provides driver’s licenses to people who filed Colorado state income taxes in the previous year and can show proof of current state residence, or who have an Individual Taxpayer ID and proof of 24 months of state residency, with a passport, consular ID, or military ID. The license will state “Not valid for federal identification, voting, or public benefits purposes.”

The law allows an individual who cannot provide a social security number or other proof of lawful presence to obtain a driver’s license if he/she presents proof of identity and Connecticut residency, and signs an affidavit stating he/she will file an application to legalize his/her immigration status or will file an application as soon as he/she is eligible. The law excludes convicted felons. The license cannot be used for proof of identity or voting and is valid for three to six years.

The law allows for the issuance of licenses that are valid for eight years to people who can prove DC residency for more than six months, do not have a social security number, and can provide proof of identity, date of birth, and residency. The card will be marked “Not valid for official federal purposes.” The licenses may not be used “to consider an individual’s citizenship or immigration status, or as a basis for a criminal investigation, arrest, or detention.”

The law allows for the issuance of driver’s licenses to undocumented immigrants. Applicants are required to provide proof of Hawaii residency.

The law provides driver’s licenses to people who are ineligible for social security numbers, have resided in Illinois for over one year, and are unable to present documentation of a legal presence in the country. The applicant needs to provide a valid passport or consular identification. The license will be valid for three years, cannot be used as proof of identity, and will be marked as a temporary visitor’s driver’s license in capital letters.

The law repeals the section of state law that states, “No license of any type may be issued to any person who does not have lawful presence in the United States.” The laws bans registrars from asking about citizenship or immigration status during a driver’s license or vehicle registration application. Registrars are authorized to accept active foreign passports and valid active Consular ID as one form of ID, and an active driver’s license from any US state or territory, an original or certified copy of a birth certificate, an active foreign national ID card, an active foreign driver’s license, or a US marriage certificate or divorce decree as the second document. The law stipulates that any information about citizenship status will not be considered public record.

The law stipulates that the Director of the Department of Motor Vehicles may not release information regarding the legal status of any person applying for a driver’s license. The license will be valid for one year and available to people who can prove identity, age, and residence in Nevada. The license card will have minimal distinguishing marks and cannot be used to determine eligibility for other benefits.

The law allows for an applicant to provide an individual tax identification number or other document designated by the department instead of a social security number “regardless of immigration status.”

The law prevents any records used to obtain a driver’s license from being public record or being otherwise disclosed except by warrant or other court order. The law also expands the documents allowed to be used as proof of identity to include but not limited to an unexpired foreign passport, a foreign driver’s license that is less than 24 months expired, and a consular identification document, but the driver will not have to prove legal residency. The driver may sign an affidavit declaring a social security number has not been issued to them, instead of submitting a social security number. The licenses will be identical to other licenses but will not meet REAL ID federal standards.

The law eliminates a requirement that residents show proof of legal residence in order to obtain a license. Residents may provide proof of identity, address, and date of birth with an unexpired passport or consular document from the person’s country of citizenship; an Oregon driver license, permit, or identification card that has been expired for less than 13 years; or a driver’s license from another state (valid or expired less than a year) application.

The law allows anyone who meets all requirements to obtain a driver’s license or permit except a legal presence in the United States to submit proof of personal income tax payment for the previous year or proof of being a dependent on another Rhode Island resident’s income tax filing, two proof of identity documents, two proof of residency documents, and proof that applicant is not in violation of insurance requirements.

The law allows the DMV to issue a “driving privilege” card to undocumented immigrants who can prove Utah residency. The card is distinguished from a regular driver’s license by format, color, or other visual means and is clearly marked with “FOR DRIVING PRIVILEGES ONLY–NOT VALID FOR IDENTIFICATION.” The card may not be used for government identification and is valid for one year.

The law allows undocumented residents of Vermont to obtain an “operator’s privilege card” if they provide proof of name; date; and place of birth via a valid foreign passport, a valid consular identification document, or a certified birth, marriage, adoption, or divorce certificate; and proof of Vermont residency. The card will be marked “privilege card” and cannot be used for federal identification and will expire on midnight the night before the applicant’s second birthday after issuance.

The law creates a separate drivers permit for those who do not meet the drivers license requirements. The resident must have filed Virginia taxes or have been reported as a dependent on Virginia taxes within the year. The card will look the same as a driver’s license on the front and the same as a limited-duration license on the back. The card expires on the person’s second birthday after obtaining the card.

The law allows driver’s licenses to be issued without a social security number if the applicant can provide proof of Washington residency via a home utility bill, a college or university document, a Selective Service card, a car title, bank-issued documents, individual tax identification number, Washington school transcripts or other school documents, DSHS benefits eligibility documents, or a recent Washington marriage certificate or child’s birth certificate, as long as the document shows the applicant’s name and current Washington residence. Other documents may be considered. 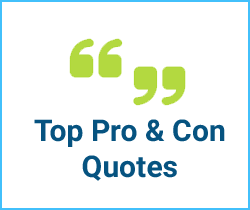 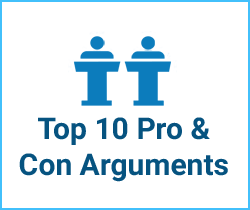 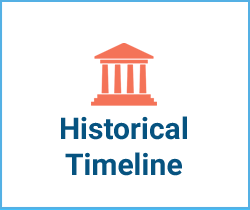 More on the Immigration Debate